The Most Affordable UK Cities for International Students

The Most Affordable UK Cities for International Students

The United Kingdom is famous for its world-class education system and attracts international students from all over the world. After the U.S., it’s the most popular study destination globally. However, despite the high-quality education and potential for future opportunities, some students simply cannot afford to study in the UK. In addition to university tuition, they have to pay for accommodation, food, transport, and more. This sometimes discourages international students on a budget from even submitting applications.

A city like London is home to some of the best universities in the world, including the University of London (UCL) and the London School of Economics and Political Science (LSE). However, it’s also known as one of the most expensive cities in the world and may not be suited for international students on a tight budget.

Fortunately, London isn’t the only city with impressive universities. There are many affordable UK cities to choose from. These affordable UK cities offer world-class educational institutions and a great lifestyle. Learn about the cheapest cities in the UK for international students here.

Don’t have much time to read? Watch this short video instead-

Most Affordable Cities in the UK

If you’re an international student who can’t afford to live in an expensive city like London, don’t worry. Check out these affordable UK cities that you may call home for the next few years!

The Welsh capital city is one of the cheapest cities in the UK for international students to reside in when completing their education. It is home to the prestigious University of Cardiff, which is a member of the Russel Group. In addition to an excellent education, international students can benefit from the high number of part-time jobs available for students. Living abroad can get pricey, but working part-time can help you manage bills as well as take on additional responsibility. Cardiff is a great city to consider for this.

The rent in Cardiff is also lower than in other university cities, and the city boasts affordable transportation. Therefore, it’s not essential to get an apartment close to your university or place of work. Even if you live far away from places you frequent, getting around won’t cost you much. In fact, according to the 2021 NatWest Student Living Index, Cardiff has the second-lowest monthly rental from all the UK university cities.

If you’ve thought about studying in the UK, you’ve likely heard of the University of Cambridge. It was ranked 6th in the world by Times Higher Education (THE) and is one of the most well-known universities in the world. However, what many people don’t know about Cambridge is that it’s one of the more affordable UK cities. According to the 2021 NatWest Student Living Index, Cambridge is the second-most affordable student city in the United Kingdom. In addition to excellent graduate prospects, the city has affordable rent and travel expenses.

Glasgow is the largest city in Scotland and has some amazing universities, including the University of Glasgow and the University of Strathclyde. Students benefit from excellent education and take advantage of the rich history and architecture. The city has a lot to offer, from the Scottish Ballet and Scottish Opera to the National Theatre of Scotland and a host of museums.

In addition to this, it’s also one of the most affordable UK cities, coming in third on the 2021 NatWest Student Living Index. The port city has affordable accommodation options and fairly cheap public transport, making it great for students on a budget.

Birmingham is one of the cheapest cities in the UK for international students and also home to well-known universities such as The University of Birmingham and Aston University. The international tuition fee is on the lower end for both institutions, and living costs in Birmingham are also relatively low. The 2021 NatWest Student Living Index has ranked Birmingham the 5th most affordable UK city. While takeout is more expensive in Birmingham than in other UK cities, the city has a great public transport system and reasonable accommodation costs.

Newcastle is a popular university city known for three internationally ranked universities, including Newcastle University and Durham University. North England is known to be cheaper than Southern England, and Newcastle is a prime example of this. While the tuition isn’t the lowest you’ll find in the UK, Newcastle boasts low rent and affordable public transport. It’s also known for being extremely friendly, so you’re sure to like the atmosphere.

Manchester is the 10th most affordable UK city for students. This isn’t just because of its low cost of living. It’s also because the tuition for highly ranked universities like the University of Manchester is much lower than other institutions. Since Manchester is one of the UK’s larger cities, you’ll find plenty of conveniences, including affordable transport and accommodation. In addition to this, the city also boasts industrial heritage, the Museum of Science & Industry, and one of the most well-known football stadiums in the world, Old Trafford.

Nottingham is home to two highly ranked universities, the University of Nottingham and Nottingham Trent University. The historic city has many sights, including the Nottingham Castle Museum and the Nottingham Contemporary Art Gallery. In addition to lower tuition than other institutions, students choose Nottingham because of its high-quality yet affordable accommodations and elaborate transport system. Because of this, it’s the eighth most affordable UK student city.

If you’ve been afraid of applying to the United Kingdom for university or graduate studies because of the high cost, don’t be. While large cities like London are expensive, this isn’t the case for all cities. This list has detailed some of the most affordable UK cities for international students. In addition to an excellent education, you can enjoy the post-graduation prospects a UK degree can offer, including lucrative jobs and opportunities for further study.

Reach out to our representatives for information on how and when to apply to UK universities – they can guide you through the entire process. 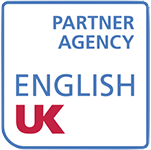